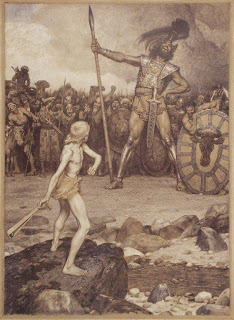 Some time ago, I sent one of my golf instruction articles to a golf magazine (of all things). This delightful lady called to say how much her staff enjoyed my alternative approach to golf instruction. She was HOT to publish the article and wanted my final approval. Further she stated how the article made complete sense and was entertaining and humorous to boot. To finalize the fine print she asked how long I had been a PGA professional. I told her that I had initially been a PGA pro but had dropped my membership for various reasons. The conversation suddenly became rather chilly as ice crystals formed on my telephone receiver. Said she, “Oh, we don’t publish articles in our magazine unless you are affiliated with the PGA.”

Another time ago, I sent a 30 second, paid for, advertisement to the Golf Channel. In the clip I mentioned that the golf swing was quite simple, only took two seconds and was too fast to think. I also mentioned that golf instructors made the golf swing too difficult. The spokesman at the GC informed me, in no uncertain terms, “We won’t be running your clip Mr. McLellan, for the simple reason that it might offend some of our PGA instructors.”

Some of you may know the story of Preston Tucker who built a wonderful automobile of the same name in the late forties & was “squeezed” out of the car business by the big three. More on this maverick in another post.

. . . and then there is my good friend John Richardson of Northern Ireland who in one short year went from shooting 103 to scratch, (that’s par). Although his spectacular accomplishment surpasses today’s household name golf professionals, John is finding that there are many aloof “real golf instructors” who dismiss John as not having the qualifications to teach. They were unable to do what John did and they are telling him he needs to become certified before he gets “Real”. Give me a break!

The “good old boys” network whether in Washington DC, your local court house, city or state politics, large manufactures, or the all mighty PGA, abhors mavericks for THEY are a REAL

threat to their shakey Status Quo. Great ideas always come from outside the box.
Wind up the sling shot, David. . . “The bigger they are they harder they fall.”
Jim Mclellan
The antiPro/The Maverick

4 Responses to David and Goliath