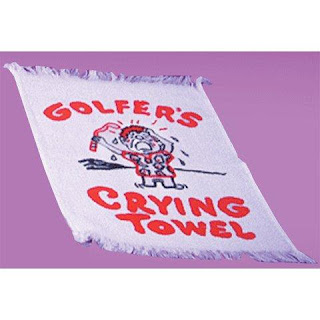 Our pro shop consisted of a concrete block structure built on a slab at the site of an old city dump. This modest primitive structure housed a U-shaped counter designed to sell buckets of balls for our driving range customers. A medium bucket was 50 cents, large was 75 cents, and extra large was 1 dollar. (My Dad was a great salesman. Notice the absence of a small bucket). Additionally, we sold tickets to play our par 3 course. On one wall there were usually 2 or 3 sets of clubs for sale, (I remember selling about one set per month, if we were lucky), a small snack bar and a few tables…which were never all full at the same time.

The West windows provided a spectacular view of the Rocky Mountains from Pikes’ Peak to Mt. Evans to Long’s Peak and several other 14,000 ft+ peaks. Many were snow capped year ’round including days when Summer temps reached 100 in the city . . . less than a two hour drive away.

Unfortunately, one of the rituals we were forced to endure was being the recipient of horror stories from golfers who had just completed their rounds. Many had to describe every shot from the first T to the last putt! They informed us that the more they read about golf and the more lessons they took the worse they did. I heard these stories for years. Some readers wonder why I’m the outspoken Anti-Pro. I will guarantee if they had my background experience they would feel the same or more so.

My Mom was a tough Irish lady & had very little tolerance for whiners. After about 2 seconds of some golfer’s moaning my Mom would throw them the crying towel and say “Tell your troubles to Jesus, the Chaplin’s gone a shore!” You would have liked her.

One Response to Golfer’s Crying Towel!