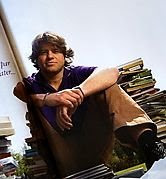 Would you have the guts to tell the world that you (if you can’t break a 100) would shoot par golf on a championship golf course in one short year? John Richardson did just that. Fewer than one in a million would dare make that statement. Few golfers have even thought about it, dreamed about it, or discussed it with anyone, even after several adult beverages at the 19th hole.
Unless you enjoy being laughed at or like being the recipient of, “I told you it was impossible,” from the know it alls, you may decide to keep such lofty goals to yourself. Not John. Here’s a guy with a family and a job that takes 50 hours a week, telling the world that he will do it! John’s got guts!
Fewer than one in a million in the entire history of golf have done what John did. After John “shot off” about what he was going to do he rolled up his selves and went to work to prove the naysayers wrong. It is possible. John is the proof. John’s got guts!
John and I could have a grand time discussing how the vast majority of golf instruction, on the market today, is pure BULL. We know that the great golf swing is built on surprisingly few principles. John can tell you, first hand, not only what he considers necessary but more importantly what isn’t! John is not some blow hard golf pro, but a real guy who shot real par in ONE year. John cracked the code! John’s got guts!
Anyone interested in playing better golf can learn a LOT from John. Check him out a www.scratchtoscratch.com. Seems simple to me . . . the exact/correct information and hours and hours of practice does the trick. That’s what John did!
John has accomplished an incredible feat using this formula. No need to re-invent the wheel or fall for false promises abundant from the golf industry. Keep it simple & copy John! He won’t care. Perhaps we should have him Knighted! A Knight with guts . . . how appropriate.
Jim McLellan
TheAntiPro/The Maverick

← OMG . . . Golf Instruction That Actually Works!
EZ to be a Good Golfer, Difficult to be a Bad Golfer →

4 Responses to John’s Got Guts