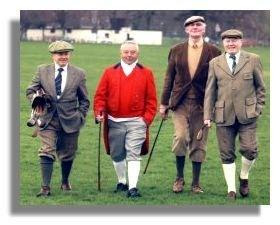 Submitted by one of my students:
ONLY A TRUE GOLFER WILL UNDERSTAND THIS : Don’t buy a putter until you’ve had a chance to throw it. Never try to keep more than 300 separate thoughts in your mind during your swing. When your shot has to carry over a water hazard, you can either hit one more club or two more balls. If you’re afraid a full shot might reach the green while the foursome ahead of you is still putting out, you have two options: you can immediately shank a lay-up or you can wait until the green is clear and top a ball halfway there..
The less skilled the player, the more likely he is to share his ideas about the golf swing. No matter how bad you are playing, it is always possible to play worse. The inevitable result of any golf lesson is the instant elimination of the one critical unconscious motion that allowed you to compensate for all of your many other errors
Everyone replaces his divot after a perfect approach shot. A golf match is a test of your skill against your opponents’ luck. It is surprisingly easy to hole a fifty foot putt. For a 10. Counting on your opponent to inform you when he breaks a rule is like expecting him to make fun of his own haircut. Nonchalant putts count the same as chalant putts It’s not a gimme if you’re still away. The shortest distance between any two points on a golf course is a straight line that passes directly through the center of a very large tree. You can hit a two acre fairway 10% of the time and a two inch branch 90% of the time. If you really want to get better at golf, go back and take it up at a much earlier age.
Since bad shots come in groups of three, a fourth bad shot is actually the beginning of the next group of three. When you look up, causing an awful shot, you will always look down again at exactly the moment when you ought to start watching the ball if you ever want to see it again. Every time a golfer makes a birdie, he must subsequently make two triple bogeys to restore the fundamental equilibrium of the universe. If you want to hit a 7 iron as far as Tiger Woods does, simply try to lay up just short of a water hazard. To calculate the speed of a player’s downswing, multiply the speed of his back-swing by his handicap; i.e., back-swing 20 mph, handicap 15, downswing = 300 mph.
There are two things you can learn by stopping your back-swing at the top and checking the position of your hands: how many hands you have, and which one is wearing the glove. Hazards attract; fairways repel. A ball you can see in the rough from 50 yards away is not yours. If there is a ball on the fringe and a ball in the bunker, your ball is in the bunker. If both balls are in the bunker, yours is in the footprint It’s easier to get up at 6:00 AM to play golf than at 10:00 to mow the yard A good drive on the 18th hole has stopped many a golfer from giving up the game. Golf is the perfect thing to do on Sunday because you always end up having to pray a lot. A good golf partner is one who’s always slightly worse than you are….that’s why I get so many calls to play with friends.
If there’s a storm rolling in, you’ll be having the game of your life. Golf balls are like eggs. They’re white. They’re sold by the dozen. And you need to buy fresh ones each week. It’s amazing how a golfer who never helps out around the house will replace his divots, repair his ball marks, and rake his sand traps. If your opponent has trouble remembering whether he shot a six or a seven, he probably shot an eight (or worse). It takes longer to learn to be a good golfer than it does to become a brain surgeon. On the other hand, you don’t get to ride around on a cart, drink beer, eat hot dogs and fart if you are performing Brain Surgery !!!!