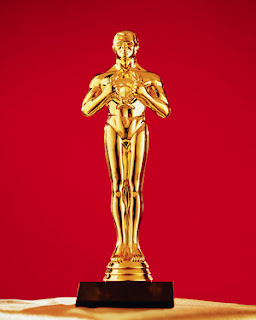 How we see ourselves and how we really are or how others see us can be solar systems apart. How would we look to ourselves, if we could see ourselves as an outside observer? Are we overweight, smoke or drink too much, talk too much or too little, serious or light hearted, skilled or inept, pretty or butt ugly? Shakespeare would say, “it’s in the eye of the beholder.”

A couple of years ago My wife and I took up, what I thought, would be the very last thing in the world I would have any interest in whatsoever, . . . DANCING! Some readers may have guessed by now that I’m obsessive-compulsive and have to be good at what I do. I suppose it is some sort of a mental illness that drives to me excel at something so that I don’t make a complete buffoon out of me self.

We dove into the deep end. Took lessons from some of the best instructors available, bought DVDs, practiced at home, danced as much as 3 and 4 nights a week at various clubs both in town and at actual dance events. We went from being a couple of clumsy beginners to the top dancers at our club. We were hot stuff, or so we thought. We could out-dance most in our club. Club members told us how cool we looked, how much we had improved.
Inflated by all the comments, we decided to video tape ourselves so we too could be amazed.
Quiet on the set, Roll ’em. Turn the music up, full blast, and strut yo stuff.
Three minutes later, and eager to see ourselves as these super dancers, we sat down to be impressed with ourselves. OMG times 10,000 . . . who are these people? We don’t look like THAT! We certainly dance better than THAT! Maybe we just don’t dance good in front of a camera. Are we being over critical of ourselves__ OR__ are we actually that pathetic? We are moving like a couple of old stick people, stiff as a board, not moving to the music, like we thought we were. We fought nausea. Maybe we’re not cut out to be dancers, are we too old? . . . sure looks like it. Should we quit and let the rockin’ chair get us?
We decided to not let the camera win. We picked ourselves up off the floor, licked our wounds, ate some humble pie, threw up, got mad and went to work. Stand up straight, move like younger dancers, get funky, let yourselves go, move your body to the music . . . this IS dancing, isn’t it?
Correct the problems and film again. Better, but far from acceptable. Correct again, film again. Some better . . . needs more work. Film again . . . hey not 2 bad. Let’s compare it with our first filming. Boy, we were AH-FULL, now. . . Some better!
There are some dancers at our club who think they are really cool who dance like two skeletons trying to _ _ _ _ ! They should video tape themselves. If a dancer or a golfer or anyone doing anything (well almost anything) is not video taping themselves they are fooling themselves and will never ever, never ever, get better.
It’s the old class reunion syndrome! We don’t look like we think we look. Who’s that tubby old dame? . . . Homecoming queen you say, the cute little doll everyone wanted to (blank)? & who, pray tell, is that stooped over codger with the limp? Tressleman Truckhorse?__ the handsome star quarterback with the bulging muscles?, lady killer?, ran like Bambi? No way! I may not look 18 anymore, but I sure don’t look like these strangers! Yeah, right.
How do you look when you swing a golf club? Is your back swing nice and high, does your head remain fairly still, and do you have a full beautiful finish? Is your swing stretchy or tight, nice tempo or choppy, athletic or ridiculous, economy of motion or spastic. You might think you look just fine, & maybe you do . . . but there is also a real possibility you should brace yourself for a real reality slap up side the head.
Get the video camera out, buy one, rent one, borrow one . . . but film yourself. Compare your swing to my swing. Are you really doing what you know you need to do or are you lost in “I think I’m pretty cool” land?
If you’re not filming yourself, you are getting better & better at being worse & worse. Filming yourself is one of the “secrets” to your best golf.
DO IT NOW!!!
Jim McLellan
The AntiPro/the Maverick
Visit or Return to McGolf Home of the Perfect Golf Swing
← The Puke factor
Something Stinks →